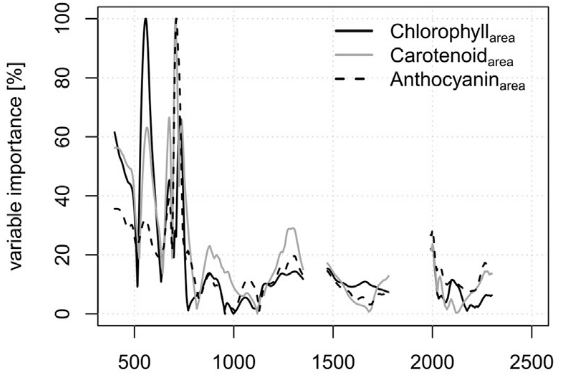 Photosynthesis is essential for life on earth as it, inter alia, influences the composition of the atmosphere and is the driving mechanism of primary production. Photosynthesis is particularly controlled by leaf pigments such as chlorophyll, carotenoids or anthocyanins. Incoming solar radiation is mainly captured by chlorophyll, whereas plant organs are also protected from excess radiation by carotenoids and anthocyanins. Current and upcoming optical earth observation sensors are sensitive to these radiative processes and thus feature a high potential for mapping the spatial and temporal variation of these photosynthetic pigments. In the context of remote sensing, leaf pigments are either quantified as leaf area-based content [$μ$g/cm2] or as leaf mass-based concentration [g/g or %]. However, these two metrics are fundamentally different, and until now there has been neither an in-depth discussion nor a consensus on which metric to choose. This is notable considering the amount of studies that do not explicitly differentiate between pigment content and concentration. We therefore seek to outline the differences between both metrics and thus show that the remote sensing of leaf pigment concentration [%] is unsubstantial. This is due to the fact that, firstly, pigment concentration is likely to primarily reflect variation in leaf mass per area and not pigments itself. Second, the radiative transfer in plant leaves is especially determined by the absolute content of pigments in a leaf and not its relative concentration to other leaf constituents. And third, as a ratio, pigment concentration is an ambiguous metric, which further complicates the quantification of leaf pigments at the canopy scale. Given these issues related to the use of chlorophyll concentration, we thus conclude that remote sensing of leaf pigments should be primarily performed on an area basis [$μ$g/cm2].